Addressing the Gut to Cure the Mind

The Medical University of Graz (Austria) was one of the first groups to characterize the microbiome in psychiatric patients with the hope of identifying suitable probiotic therapies. More than 30% of my patients show therapy resistance, indicating that psychiatric medications are often ineffective. So, I decided to engage in research aimed at cure these disorders, not only alleviate or conceal the symptoms.

Excess Rumination can be Alleviated by Specific Gut Microbes1

We recently conducted a pilot study evaluating the ability of a multi-strain probiotic formulation2 to influence mood and behavior. We investigated psychological parameters and gastrointestinal symptoms in 27 euthymic (asymptomatic) bipolar disorder patients over 3 months. Half of the participants reported gastrointestinal symptoms at study outset.

During the study, we had a high compliance rate with more than 40% reporting positive physiological effects within 30 days including easier bowel movements, less pain, and decreased flatulence. Using the Leiden Index of Depression Severity, we also found that the probiotic successfully and significantly reduced ruminative thoughts. This is important because excessive rumination is considered a concerning sign and can aggravate depressive symptoms. We also saw a reduction in the rating scales measuring manic symptoms which are quite interesting because these participants were euthymic at the time.

Brain Activity Patterns are Directly Influenced by The Bugs in Our Gut3,4

Two other relevant studies were conducted by colleagues from the Department of Psychology here in Graz. They had three groups with 15 participants each. One group received a multi-strain probiotic2 for four weeks. The 2nd group received placebo. And the 3rd group received nothing (control). In this study, the researchers conducted functional magnetic resonance imaging (fMRI) before and after the probiotic intervention. fMRI measures brain activity identifying brain networks that are more active and so utilize more oxygen.

Brain networks themselves are defined as regions with a tendency to work together. For neuroscientists, there are seven main brain networks. One of the most relevant to this work is the Salience Network (SN). It interprets signals from the body and is important for stimulus-driven attention. Another important network is the Default Mode Network (DMN). This is more for inward attention, including memories of the past and contemplation of the future. Patients with major depression show increased activity in the DMN which is also associated with excessive rumination.

The researchers found that after taking the multi-strain probiotic2 For four weeks, there were connectivity (activity) changes in both the Default Mode Network and the Salience Network.

The probiotics decreased DMN activity and related ruminative thoughts, which was similar to my findings with the euthymic bipolar patients. The study also found that there was an increase in Salience Network activity with the probiotics group, allowing for more rapid changes in behavior, more efficient attentional control, and improved emotional processes and motivation.

All of these are found to be decreased in patients with depression. We also know that patients with depression and schizophrenia often display SN volume loss and decreased functional conductivity in that region. This work is really important because fMRI is an objective measurement which when compared to the subjective, self-report tools commonly used in this type of research, provides greater confidence in the accuracy of results.

Microbes Can Also Influence Our Ability to Reason

In a second study with the same design, my colleagues used fMRI to evaluate when participants two tasks. One was an emotional decision-making task where pictures were presented to the participants and they were instructed to identify them as neutral or unpleasant. There was also a recognition task performed to assess memory.

The participants in the probiotic group demonstrated increased positive affect, less helplessness, and decreased risk aversion after four weeks. And more interesting to me was that those who took the probiotic were also more certain in their decision-making. These findings demonstrate an improvement in emotional attention and decision-making, two processes that are often impaired in patients with psychiatric disorders such as depression. The researchers also found that the probiotic led to higher brain activity in regions involved in cognitive control, reasoning, and problem solving. 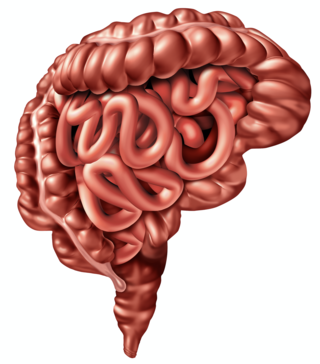 Currently, my group is a gut-study investigating the impact of probiotics on the function of the vagal nerve brain axis. Among many other functions, this bi-directional communication system between the gut and the brain is directly involved with controlling inflammation. In many psychiatric disorders, we see a chronic cold body inflammation and we would like to understand if probiotics can impact the vagal nerve to positively influence this condition. Fortunately, the degree of impact can also be measured objectively via heart rate variability. Later in 2022, we will have the first results.

The Therapeutic Potential of Probiotics

As a clinician, I would really love to see probiotic approaches as a standard component of psychiatric treatment guidelines.