There is a long history in the fields of psychology and psychiatry of using non-ordinary states of consciousness (sometimes referred to as altered states) to facilitate deep psychological work. These approaches have included guided imagery, hypnosis, LSD-assisted psychotherapy, and Holotropic Breathwork (to name a few). Current research and theories related to psychedelic-assisted therapies may help us understand what these approaches have in common and why they are so impactful.

Several studies have recently suggested that the therapeutic value of psychedelic experiences may lie in their ability to increase or facilitate mental flexibility, insight, and acceptance (Carhart-Harris & Friston, 2019). One of the leaders in the field of psychedelic research, Robin Carhart-Harris, has proposed an entropic theory of consciousness to help explain and understand how this process might work (2018). Essentially, this theory suggests that many or most mental health concerns are associated with a reduced level of psychological and cognitive flexibility. In essence, the brain/mind becomes stuck in certain patterns that are no longer useful to the person. By introducing a powerful experience that shifts awareness into a broader perspective and expression, it is possible to help the mind become “unstuck.” When this process is conducted in a therapeutic context with ongoing therapy, it can potentially enhance outcomes.

This psychological/cognitive flexibility (or lack thereof) can be described in terms of entropy. The term entropy originally comes from the field of thermodynamics to describe the direction of change in a system. Technically, it is a measure of the amount of energy available to do work. So, higher levels of entropy imply more energy, which includes less structure and greater uncertainty. Low levels of entropy exist in systems that are rigid and have less energy for change. You can see why this concept makes sense in the context of psychological flexibility. Essentially, higher entropy equals greater flexibility. Neuroscientists have figured out a variety of methods to measure the amount of entropy in the brain, allowing us to examine what types of psychological interventions can be used to increase brain flexibility. Not surprisingly, research with psychedelics has consistently demonstrated greater entropy during psychedelic states (see Schartner, et al., 2017). However, not everyone interested in gaining cognitive/psychological flexibility is interested in working with psychedelic medicines.

Is it possible that other interventions, particularly those involved in creating altered states of consciousness, also lead to increased entropy? The (preliminary) answer appears to be “yes.” For example, research on Vipassana meditation has shown that this practice increases entropy within the alpha and gamma brainwave bands (Vivot, et al., 2020). Interestingly, meditation and psychedelics share other brain changes as well, including decreased activity in the posterior cingulate cortex (PCC), the hub of the Default Mode Network (DMN; Carhart-Harris, et al., 2012; Berkovich-Ohana, et al. ., 2016). This shift in the DMN may be important for mental health as this network in the brain is associated with self-referencing—the way we create our identity and think about ourselves in relation to the world. When this network is overactive it often leads to rumination and/or brooding.

In a series of pilot studies, our team examined brain changes in relation to a variety of altered state interventions that did not involve the use of psychedelic medicines. These trials include examinations of Soma breathwork, Vibroacoustic Therapy (VAT), SoundSelf Virtual Reality meditation, and cannabis used in a psychedelic therapeutic setting (Medicinal Mindfulness). Initially, we were interested in the likelihood of decreased DMN activity, similar to that observed during the use of psychoedelics and meditation as discussed above. In all of our preliminary studies, this is exactly what we found. For example, the image below is a comparison of alpha brainwave activity before and after the SoundSelf VR experience. Cooler colors (blue) indicate a decrease in activity when comparing the two recordings. As you can see, there was a significant decrease in activity observed in the area of ​​the brain that serves as the hub of the DMN (Posterior Cingulate Cortex). 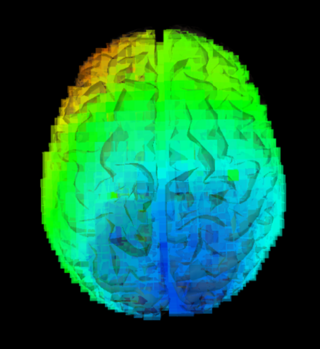 As a follow-up, we were also curious if these same interventions showed increases in entropy. Interestingly, when we ran these analyses, the findings were somewhat inconsistent. In some cases, participants showed increases in entropy during the altered states interventions, and in other cases, they did not. Below is a comparison of entropy measurements before and during the SoundSelf VR experience. The baseline data (before the intervention) indicates a global low entropy (light blue color) while the data collected during the SoundSelf session is more consistent with a normative database, suggesting an increase in overall entropy. 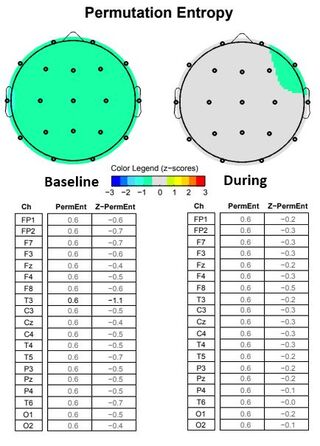 These results, while preliminary, suggest that there may be a variety of approaches and interventions that could be used in a therapeutic context to increase entropy and potentially enhance the therapeutic process. However, it is important to explore why some people experience increased entropy during these interventions and others experience decreased entropy. Similar to psychedelics, we suspect that the set and setting of the experience will play a large role in influencing the brain’s response to the intervention. Perhaps if these interventions were couched in the same framework as psychedelic interventions, we would see more consistent results. Of course, these are questions for researchers to explore.

While we need controlled studies to verify these findings, if confirmed, this idea would potentially open the door to a whole range of altered states approaches to therapy that do not require psychedelic medicines. In addition, as part of the preparation process for therapeutic sessions with psilocybin, ketamine, or MDMA, these other approaches may serve as a “softer” entry point into learning to become comfortable with altered states, potentially making a full-blown psychedelic experience more productive.